Are you the profile owner?
Login to edit. 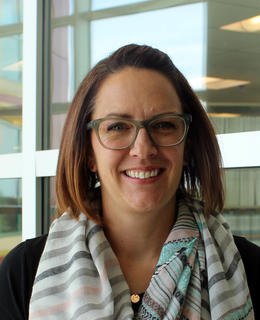 Laurie has 18 years of experience as a Pediatric critical care practitioner in Canada, USA, Bermuda, and the United Kingdom, 10 of which have been in the Nurse Practitioner role. She has a strong collaborative clinical practice as well as an active role in quality improvement, education, program development and clinical research.

My research interests are divided into 2 main areas: 1) Pain, Agitation and Delirium (PAD) prevention, management and long term outcomes.  This includes examination of the prevalence of PAD. The long term outcomes related to the presence of PAD. The efficacy of pharmacological and non-pharmacological therapies on PAD. The effect of the use of these therapies on the long term outcomes of PICU survivors. The role of sleep in the development of PAD and the role of sleep in long term outcomes of PICU survivors. 2) Facilitation of Organ and Tissue Donation in Pediatric end of life care. This includes examination of the current state of pediatric organ donation, barriers to referral of potential organ and tissue donors. Family/caregiver experience with organ donation offer/approach. Effects of organ and tissue donation on long term grief trajectory.