There are many creative ways to be of service as a nurse beyond the frontline. Just ask Derek Luk, BN’07.

Influenced by a final practicum in acute mental health and trauma at Foothills Medical Centre, and later by the prevalence of mental health issues he observed in his colleagues, Luk’s work began to take shape — always with passion and with an instinct to try things from a new angle.

“There was an intention of ‘is there something else that could be done?’ Looking back, a lot of the stuff I did was actually based on that.”

Though he’s reluctant to admit it (he prefers to credit the support of co-workers and family), in just over 11 years as an RN, Luk has been a leader in the nursing profession. His work has served many populations including acute care nurses, women in correctional services, the Calgary Police Service, addiction treatment centres and the UCalgary nursing community.

Currently working as a Senior Education Consultant in Quality and Patient Safety Education with Alberta Health Services, Luk has a special interest in mindfulness and explored using an online program to reduce burnout rates for acute care nurses in his master’s thesis (completed in 2016 through Athabasca University). He believes the level of psychological trauma nurses see is under-reported.

“I think some of the issues we saw with burnout or with toxic cultures would be alleviated if people had alternative ways of participating in self-care at the workplace,” he says.

Beginning in 2010, Luk was as a clinical instructor with UCalgary’s Nursing where he developed a senior practicum on addictions for nursing students through a partnership he initiated with addiction treatment centres. It is one of his fondest memories from his time with the faculty.

“The story of a client with addictions is predominantly based on trauma and adverse childhood experiences,” Luk says. “And so does this change your perspective [as a nursing student] on the suffering they’re experiencing when they arrive into your care?”

Luk also played an important role at UCalgary’s Wellness Centre as the mental health education coordinator from 2011 to 2014. “Triggered to do something” after a colleague ended her life, he then devoted the next three years to a digital start-up called Mimentra or Mindful Mental Training Inc. and that establishment led to a 2018 Avenue Magazine Top 40 Under 40 award.

When asked where he would like to see the nursing profession grow, Luk goes back to why he started Mimentra.

“This is quite common for health-care professionals, this tendency of needing to give and to provide for everyone else but ourselves. The biggest thing is, when bad things happen, make sure you reach out. Don’t try to figure it out on your own. There’s people out there to help you.”

Derek Luk would be one of those people.

All through 2019, we'll be highlighting 50 Faces of Nursing and profiling nursing members in celebration of our 50th anniversary. If you know someone noteworthy (faculty, staff, alum, students, partners etc.) who you would like us to feature, tell us more with this short online form. 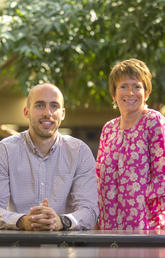 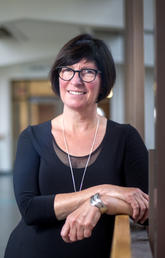 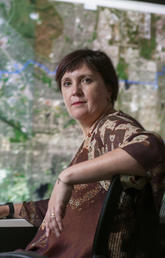 Highlighting cultural, social and everyday health experiences to help us better understand how to create healthy and sustainable cities