Flex Friday is brought to you by your VP Communications, Undergraduate Nursing Society to showcase the excellence of our undergraduate nursing students at UCalgary

It’s another Flex Friday! Mayra Gonzalez is a second-year direct entry student originally from Bogota, Colombia. She was involved in the Year One Nursing Council (YONC) and currently volunteers at Foothills Medical Centre (FMC). Meet Mayra!

Why nursing?
“It was a hard decision for me,” Mayra said. After taking a gap year following high school, she had undergone a lot of personal growth and reflection. “I think I wanted to be a doctor for the wrong reasons. I grew up with this idea that if I wanted to help people, I had to be a doctor.” She also remembered considering lots of diverse careers. “At first, I thought I wanted a biomedical degree or engineering. I went in all the directions you could have thought of.

“I chose nursing because I still felt like I wanted to be in the health area. I looked into the program and I just went for it,” she continues. She shadowed a doctor to learn more about whether she wanted to pursue medicine which was very eye-opening.

Especially coming from different countries, some people think you need to be either an engineer or a doctor to be something. I started to rethink what I actually wanted to do and why. I think the why is so important.

How did you end up in Calgary?
Mayra and her family have been living in Canada for eight years ever and had relatives living here before she immigrated. “I think my mom always wanted to leave home. Our family always wanted a better future for us. It’s different here than back home.”

When asked about the transition, Mayra explained: “It’s still hard sometimes. I think the culture is so different. Back home, you feel more connected to people.” Adding that North American culture often feels more isolated, she continues, “I’m an introvert too so it’s not easy for me to talk to people or go into big social situations. I also just miss my family and the food.

“Back home there’s also just a lot of contact with people. For example, when you say hi, you give each other a hug, even if you don’t know each other. It’s different here because I think people don’t like to be in others’ personal space.”

How has your university experience been?
When asked about her first year in the nursing program, Mayra said she enjoyed having many electives. “Going right into nursing – I think I would have been more nervous about that. They give us the opportunity to explore. If you’re not sure about nursing, you get to take other classes.” Mayra described specifically enjoying her classes in sociology and Latin, although she still wished there was an opportunity to explore more nursing content in Year 1.

During her kinesiology courses, Mayra also remembered feeling very anxious about working with the cadavers. “It was hard for me to get over the idea of touching them. For me, it was almost disrespectful,” she said. Although Mayra described not quite feeling scared during her labs, she explained “I kept thinking, ‘It’s a person. It was a person.’”

Mayra also described experiencing lots of stress during this time. “You have a minute per question and there’s so many people: it’s so warm and it’s a really stressful environment.” She admitted that it wasn’t the best test-taking environment at the time. Regardless, Mayra did enjoy learning about human anatomy. “Physiology was my favourite part because I do like the cellular and molecular stuff…how the body works.”

In terms of her other courses, statistics and academic writing courses were particularly challenging. “The writing, the ideas, the flow – all of that is super hard for me. I struggle with writing and getting my ideas on paper. Changing from Spanish to English. The other hard thing is the punctuation.”

What volunteering or work opportunities have enhanced your nursing education?
Mayra has been working for a second-hand store called Once Upon a Child since October 2019. “It’s been hard,” she said. “I’m working through my shyness because it’s not easy for me.” Working at the till for the first time was also a big challenge for her. “I’m not good at making conversation and connecting, but it has helped me talk to people. Give them the information they need and be kind to them in the process.”

Mayra added that she’s also developed a lot of leadership skills in this role which are critical to a career in nursing.

Being the supervisor or the leader on shifts has really helped me. I have to be able to talk to the customers and the team around me. It has helped me grow as a leader and how to tell people how to do things, but also be kind and understanding. I’m really grateful for this job because it has just helped me grow.

Mayra is also currently volunteering at the gift shop at FMC where she hopes to gain more direct exposure to the health-care field.

How was your experience in YONC?
“It was weird because it was online. I do feel bad because I didn’t feel like I contributed much,” Mayra admitted. “I was still learning to manage my time with classes and everything, and I always want to do my best.”

Despite the circumstances, Mayra said being part of YONC was helpful. “It was good. It helped me know a few people. I would recognize their faces, but I feel like it’s hard to know somebody and actually be friends with them.”

What type of nursing is in your future?
“I think I have to look more into it,” Mayra said. “But right now I would like something to do with kids. I’ve also thought of the idea of being a travel nurse. I know there’s a lot of options and it’s hard to know.”

Following her second year, she looks forward to becoming a Health Care Aide and exploring other opportunities within health care to learn about her interests.

Best place to study on campus? “My first year, I was in the First Year Scholars Lounge. It was pretty quiet. If I really had to focus, then fourth floor TFDL.”

Self-care or hobbies? “I’m Christian, so everyday I try to do my devotions. Reading the Bible, going to church. I like fiction and faith-based books.” Mayra specifically recommends any book by C.S. Lewis.

Biggest role models? “My mom. She’s really strong and doesn’t give up!”

Thanks so much Mayra!

To be featured in Flex Friday, email us at uns@ucalgary.ca or DM us on Instagram @ucalgary_uns! 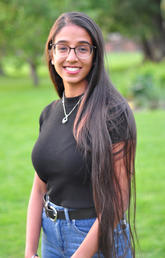 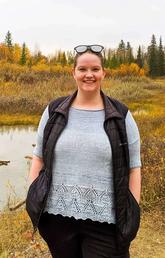 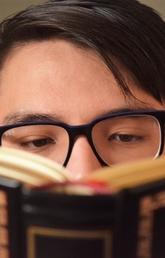 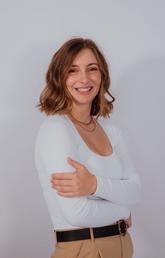 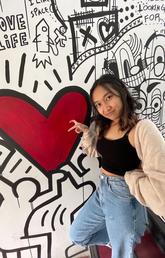 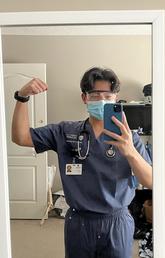