By Lynda Sea, Faculty of Nursing

From the Middle East to Eastern Canada, Delores Woodley BN’90 has had a full nursing career that’s been centred around acts of service to her community. Her experience has covered everything from military nursing to homecare and memory disorder research to wellness programs and developing clinical programs and setting up hospitals abroad.

“I've thoroughly enjoyed my role as a nurse and the diverse roles that I have worked in,” she says. “I have met some wonderful nurses from around the globe and cared for many interesting, kind and appreciative patients."

"I would recommend nursing to anyone looking for a challenging and exciting career where there are so many opportunities to expand your knowledge, skills and expertise and provide caring and compassionate care to people in hospital, community or wherever you want to go.”

Born in Truro, Nova Scotia, Woodley joined the military at 18 as a clerk in 1974. Going through the officer training program, she ended up at the University of Calgary for her Bachelor of Nursing degree. After graduation, she was posted to Ottawa as a military nurse at the National Defense Medical Centre, a military hospital, for five years.

“I was on an oncology floor and that's basically where I got my feet wet,” she says. “I looked after injured soldiers and soldiers with different types of cancers. We had veterans as well. While I was there, I let people know that I was really interested in teaching. So, after two years on the floor, I was able to go into nursing education and we taught the medics about basic nursing care and how to care for people.”

Woodley left the military in 1995 to focus on her family life and kids. For a stint of time, she managed a national employee wellness program for NAV Canada. In 2001, she did her master’s degree in health administration with Ottawa University in 2001 while working for Accreditation Canada.

“Accreditation Canada was accrediting all the military clinics across Canada. Because of my background, I was hired to work with the project manager to help develop some of the standards for the clinics and work with the military. Once we accredited some of their clinics, I developed an evaluation tool that I could use and that was my final project for my master's degree.”

Woodley’s career trajectory eventually took her back to the military in a civilian role. As the National Case Management Program Manager with the Department of National Defence, Woodley developed a program for injured soldiers transitioning from the military medical system to the civilian medical system and led 30 RN case managers, providing education, mentorship and advocating for these soldiers.

“We looked after our injured soldiers because they were all falling through the cracks,” she says. “I helped to set the program up. We developed orientation for all the case managers, I had 30 case managers on 17 bases across Canada.”

Delores Woodley BN'09 with her Nursing Manager of Operations in Kuwait.

Given her unique background in the military and in clinical roles over the years, Woodley was recruited to the Middle East where she worked in Saudi Arabia as a nursing program director for a 1,000-bed hospital.

“In Saudi Arabia, it was a private hospital called King Faisal Specialist Hospital and Research Centre, with a specialty in liver and oncology. I had about 50 staff and my role was for the flow in the hospital to get patients out of emergency and into the hospital. I also had a homecare unit there.”

In 2018, she was recruited to Kuwait as Director of Clinical Services for Royal Home Health. There, she developed the home care program for the private Royal Hyatt Hospital from scratch including policies, recruiting nurses, physiotherapists and massage therapists from the Philippines and India.

Woodley (second from right) with team from Saudi Arabia at the National Canadian Home Care Conference in Ottawa presenting on home care program at the King Faisal Specialty and Research Hospital.

Woodley looks back at her experiences in the Middle East fondly and says, “I loved my job and I loved the people. The nurses were from all over the world at the hospital. The challenge was the language. There were no Arabic nurses and our patients, a lot of them just spoke Arabic. It was just really challenging and very interesting.”

In 2020, the end of her contract in Kuwait coincided with the start of COVID-19; she wrapped up end of January and returned to Canada just as COVID hit. While she had been pondering retirement then, COVID motivated her to keep working.

Currently, Woodley works for McKesson, setting up and managing INVIVA IV Clinics in Atlantic Canada. There are 90 clinics across Canada where they provide infusions to patients with chronic diseases like multiple sclerosis, Crohn's disease, oncology, rheumatoid arthritis.

“I was hired to help set up infusion clinics in Atlantic Canada. I have a clinic now, in Newfoundland and I have three clinics here in the Halifax area. Because of COVID, we didn't grow as quickly as we would have liked. We're slowly getting there.”

When asked about her plans for retirement now, Woodley says, “I love a challenge. I'm in my 60s. I don't know when I'm going to slow down but it's been a great career. I look back and think, wow, I have done some amazing things. A lot of people think, you know, that when you go into nursing, you're stuck in a hospital. Not that that's a bad thing. But I don't think they realize how diverse nursing is, and how many opportunities there are as a nurse.”

Woodley advises young nurses in the new generation to stay open to all opportunities. “I think your whole career is about timing and about networking as well and getting to know the right people. Just get the word out there, have mentors and have people that you can talk to and say ‘I really like what you're doing. How did you get into that role?’ Explore and don’t limit yourself. The world is your oyster, really.” 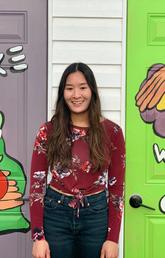 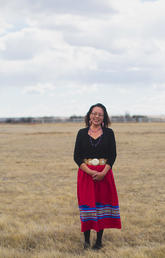 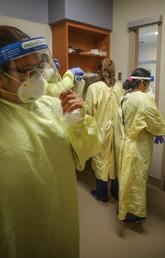 'Still in disbelief that I experienced and lived through this' 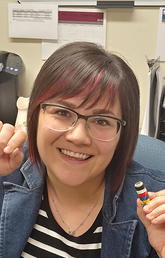 Nursing alumna reflects on her journey after UCalgary