Agnes Cooke was born to be a nurse. Originally from Elfros, Saskatchewan, Cooke recalls that, while her mother was pregnant with her, her older sister (who was two-and-a half at the time) had pneumonia and was on the verge of dying. It was a young student nurse named Agnes who helped her sister survive.

“Mom was convinced that she saved her life; that’s why she called me Agnes,” says 95-year-old Cooke.

She studied in a three-year program at Saskatoon City Hospital and in 1947, graduated as a Registered Nurse.

“I really liked it when I went in. I felt nursing was where I should be. It made us grow up. I went on staff in general nursing to begin with and then in the operating room. I loved that and really got along with the surgeon and staff,” she says. “I was matron there for a while too when the matron got sick and had to quit.”

Cooke also did a short stint in Port Alberni, B.C. on a stroke ward but says she didn’t stay long. Her fiancé, Donald Cooke, worked in the oil business in Edmonton so she moved back to Alberta and worked briefly at the University of Alberta Hospital before the couple married in 1950. They moved to Calgary in 1952.

At the time, she recalls how hospitals weren’t hiring married women so she turned her focus to raising her three children and volunteering in her community. She was very active and engaged with organizations like the United Church and the Carewest Sarcee Nursing Home.  In 2003, after her husband passed away, Cooke started the Stephanson Cooke Family Foundation to support various initiatives that she was passionate about including brain and stem cell research.

Agnes with her children in 2018. From left, Barb Drake, John Cooke, Agnes Cooke and Cathy Mills.

In 2012, she established scholarships to support UCalgary students pursuing a career in nursing. The Donald and Agnes Cooke Nursing Scholarships offers two awards to continuing undergraduate students in the degree-holder route.

“Giving kids scholarships and bursaries, what a small thing to do to make such a difference,” says Cooke. She has saved all the letters she has received from students through the years. Cooke continues to be a strong advocate for post-secondary education, and in particular, nursing.

In addition to UCalgary, she supports students across across the prairie provinces through the Stephanson Cooke Family Foundation. More recently, she has supported research efforts that resonate with her children's interest areas including in the areas of oncology research, brain development and arthritis research.

From left Carla Ginn, Agnes Cook and Barb Drake at a Donor Appreciation Event in 2017.

“I want to help new research and projects where I can; I want to make inroads in the areas where there is real promise, but where people may be struggling because an idea is new and different.”

All through 2019, we've highlighted 50 Faces of Nursing, profiling nursing members in celebration of our 50th anniversary. For more, visit nursing.ucalgary.ca/50 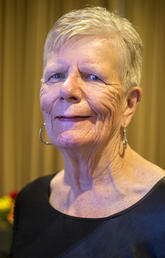 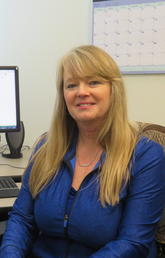 Philanthropic explorer's drive for discovery fueled by passion for education